As part of National Nurses Week, PSQH reached out to our readers with a few questions about how nursing impacts patient safety and healthcare quality.

The Quick Poll had a total of 212 respondents.

Asked about how their organizations can help strengthen nursing’s role in quality and patient safety efforts, 71.7% of respondents said more education and training is needed. In addition, 64.2% said mentoring from leadership was necessary, while 42% called for increased emotional support and 39.2% said more leadership opportunities for nurses would be helpful. Other write-in responses included: “Roll out voluntary discussion with brunches: ‘Come learn and we’ll feed you.'”; “Include nurses as a team member of importance”; “More transparency on plans and goals”; “Give us a chemical-free environment to work in. COPD is killing us”; “Better wages”; “Involvement in teams and projects, relationship with quality team”; “Joy at work”; “Improved structural support services”; “Continue creation of a culture of psychological safety”; “Increased staffing.” 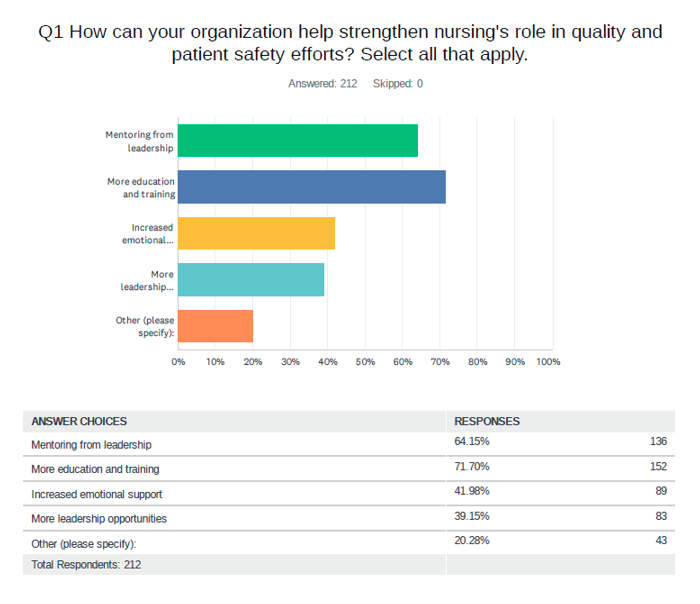 COVID-19 has been a major focus for healthcare organizations for more than two years now, but when asked about what other issues need to be emphasized moving forward, 89.2% of respondents felt staff retention was the biggest concern. Other issues that deserve focus include care transitions between settings (53.3%), diagnostic errors (22.2%), and dealing with the opioid crisis (16.5%). Respondents also filled in specific issues including “Increasing understanding of managing risk in healthcare and the role of nurses in risk mitigation”; “Rewarding staff for 2+ years of hanging in”; “Interprofessional teamwork”; “Lack of experienced staff in practice and fewer mentors available”; “Improving staff morale”; “More flexible scheduling”; “Meaningful implementation of TJC perinatal safety measures”; “Shared responsibility for performance of agency staff is sometimes muddled, prolonged, and aggravating”; “Violence on staff and BH boarders in ED”; “Experience gap resulting from boomer retirements and new inexperienced RN”; “Physician accountability for behavior.” 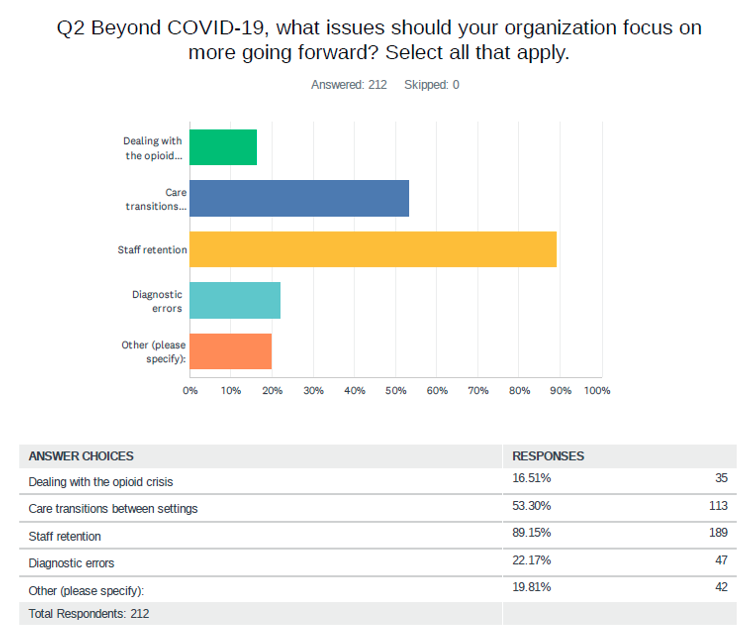 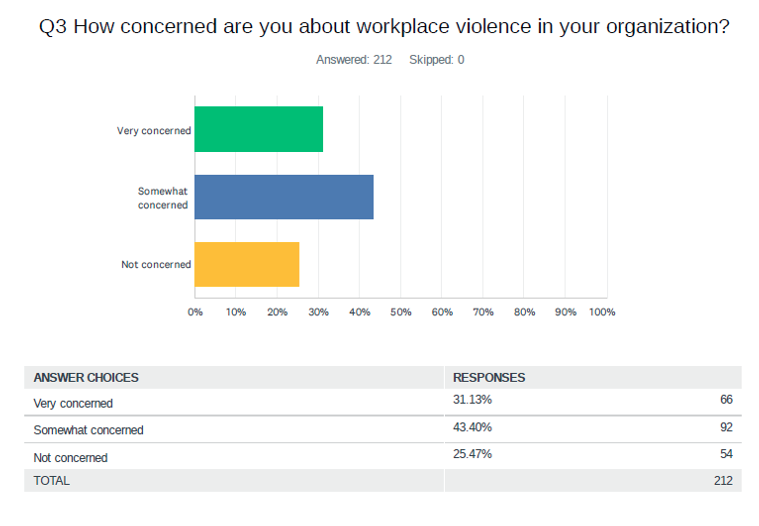 The case of former Nashville nurse RaDonda Vaught, who on March 25 was convicted of two felonies and faces eight years in prison for a medication error that led to a patient’s death, has the nursing world buzzing. Asked how concerned they were about the Vaught decision, 75.5% of respondents said they were very concerned, 21.7%, said they were somewhat concerned, and 2.8% said they were not concerned. 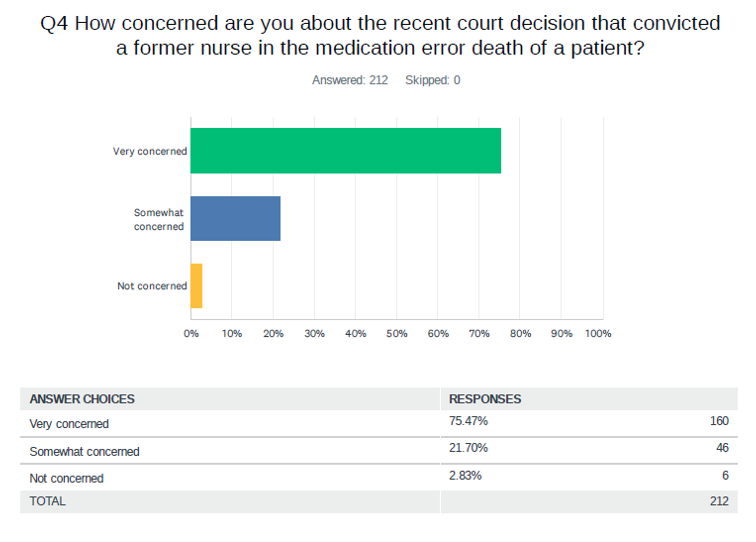 A follow-up question asked about the potential ramifications of the Vaught verdict. About 88.7% of respondents said it could make caregivers fearful of reporting mistakes, while 79.3% said it sets a dangerous precedent that medical errors could lead to criminal charges, and 74.5% said it could cause people to leave the profession or avoid it altogether. Another 3.8% were less concerned, saying nothing will change because of the decision. 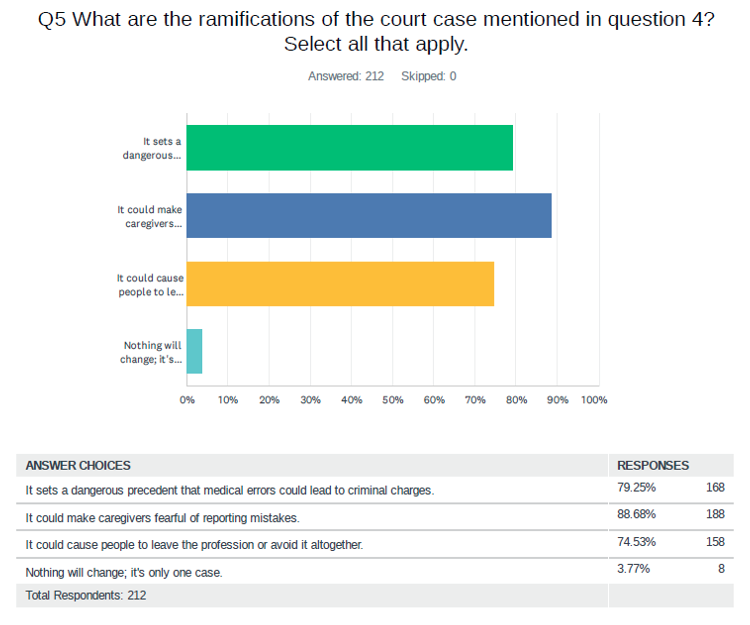 Click here for an infographic based on the results of the poll.