As part of PSQH’s celebration of International Infection Prevention Week, we decided to reach out to our readers with a few questions to find out the state of infection prevention efforts.

The Quick Poll had a total of 209 respondents. 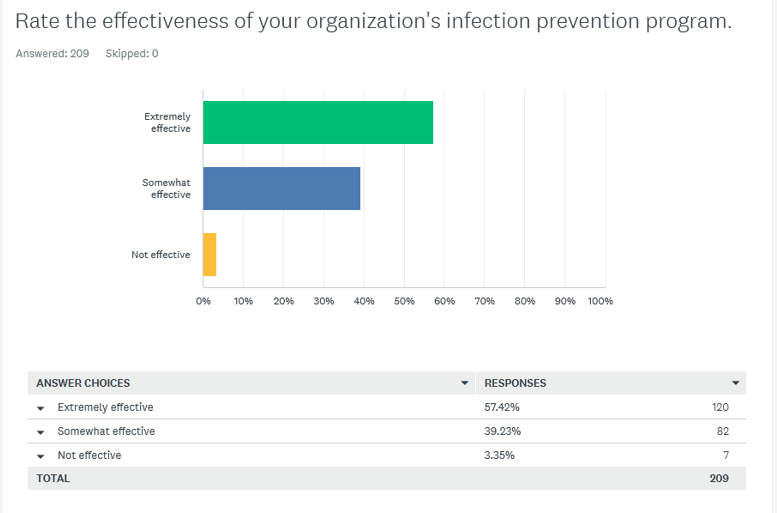 As U.S. healthcare organizations continue to battle COVID-19 and other viruses, another flu season is right around the corner. From an organizational standpoint, a majority of respondents (62.7%) to the PSQH Quick Poll said they are very prepared for infectious disease outbreaks. Another 34.9% said they are somewhat prepared for future outbreaks, while 2.4% say they are not prepared. 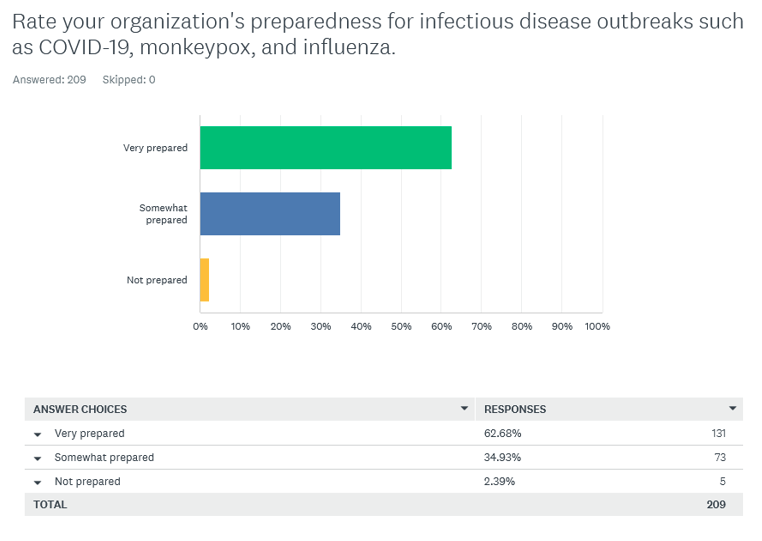 The emergence of monkeypox

Monkeypox arrived in the U.S. this year, and while the Centers for Disease Control and Prevention says the spread is slowing down, transmission of the disease in the U.S. is unlikely be eliminated in the near future. As of September 30, there have been 26,049 total cases and two deaths in the U.S. Respondents to the PSQH Quick Poll were asked how serious of an issue monkeypox is for their organization. Eleven percent of respondents said it was extremely serious, 29.7% said it was somewhat serious, 48.8% said it was not serious, and 10.5% said they were unsure. 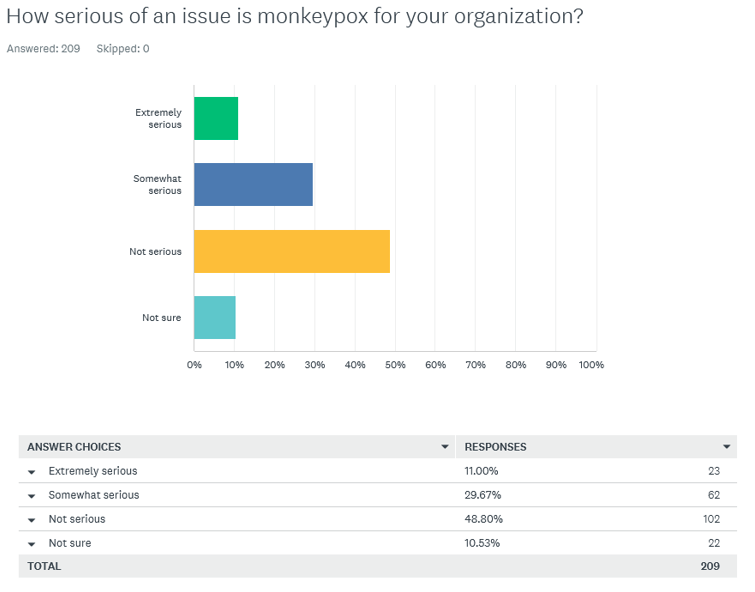