It turns out the doctor doesn’t always know best—at least not when it comes time to hang up the scalpel.

An accepted norm in the medical field is that with age comes more experience, and therefore more knowledge. That may hold true—but at what point does old age mean that surgeons can’t do their job anymore? Is there a point where a doctor’s age makes him or her a danger, given a profession where a simple slip of a scalpel or lapse in judgment could mean the difference between life and death? 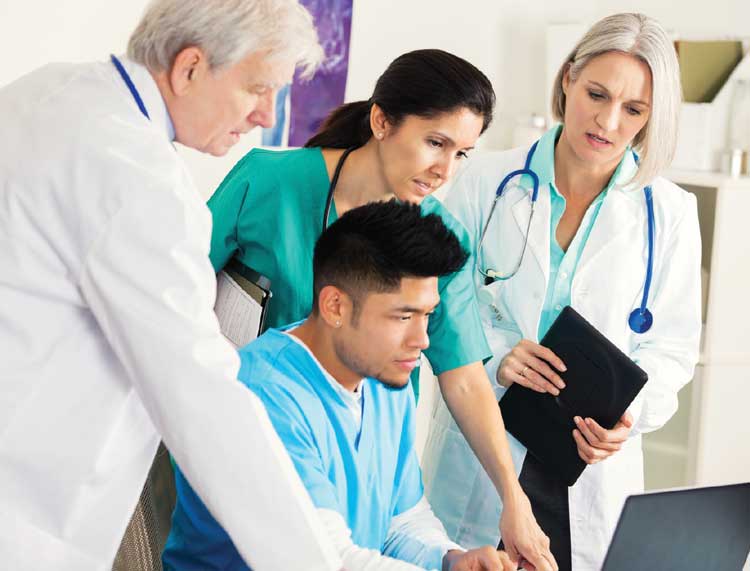 A 2017 study published in JAMA Surgery took on this question, and several recent media reports have asked whether it’s time to start questioning the elders and take such steps as requiring a mandatory retirement age for surgeons.

The article notes that between the ages of 40 and 75, the mean cognitive ability of most people declines by more than 20%, but there is significant variability from one person to another. This indicates that while some older physicians are visibly impaired by their age, others more easily retain their ability and skills.

That being said, what criteria should be used to determine that a surgeon is just too old to continue working in the surgical field? And who should make the final decision? Not surprisingly, many other high-stakes professions have mandatory evaluations and/or retirement ages, yet the medical industry still has some catching up to do. For example, federal requirements cap an airline pilot’s career at age 65, yet a surgeon’s career can extend well past that point.

“There are age-based requirements for periodic testing and/or retirement for many professions including pilots, judges, air traffic controllers, Federal Bureau of Investigation employees, and firefighters,” the article concludes. “While there are not similar requirements for physicians, a few hospitals have introduced mandatory age-based evaluations.”

But while hospitals may be able to get away with mandatory evaluations of their staff, can they force retirement on doctors who feel they are still cognitively able to perform their jobs—and who can still pass those evaluations? And is such a move prudent when years of experience are so highly regarded by patients?

“A mandatory retirement age could be discriminatory and take many competent physicians out of practice and risk a physician shortage,” the report concludes. “An increasing body of evidence regarding the relationship between physicians’ age and performance has led organizations, such as the American College of Surgeons [ACS], to revisit this challenge.”

Indeed, the April 2014 issue of the Bulletin of the American College of Surgeons explored this relationship, and the ACS found that in a study of 359 surgeons, “subjective perception of cognitive changes did not correlate well with objective assessments.” In other words, older surgeons may think they are just fine to keep doing their jobs, but outside evaluations might say otherwise. Yet most hospitals seem willing to side with the surgeon—that is, until he or she makes a mistake and causes the hospital to be sued.

“Patients, colleagues, payors, hospital administrators, plaintiffs’ attorneys, and physicians all have a stake in this issue, which calls for an urgent response from the surgical community,” the report concluded. “The profession must be able to assure patients that their surgeons are trained to deliver safe care. The profession must also be able to prove that it has developed thoughtful, proactive, logical policies or risk the imposition of external regulation.”

A prominent surgeon at Englewood Hospital and Medical Center in New Jersey, Dr. Herbert Dardik, allowed the professional consequences of his own aging to become scrutinized. In a February 2019 article in the New York Times, the respected 80-year-old chief of vascular surgery at the hospital humbly described nodding off during a 2015 carotid endarterectomy, a delicate operation during which the carotid artery is cleared of plaque, improving blood flow to the brain.

To be clear, Dardik was not operating on the patient in this case. He chose not to do the surgery himself because he was recovering from a minor procedure he had undergone a few days prior, but after the patient insisted, he agreed to act as a supervisor for the surgeon performing the lengthy procedure.

“I was really an accessory,” he told the Times. “It was so boring, I kind of dozed off.”

One could maybe laugh at the scenario if Dardik was, say, a schoolteacher dozing off in the middle of proctoring an exam, but it’s a different story when his snoozing could have meant overlooking a crucial mistake in a dangerous operation.

A nurse present in the room reported the incident to hospital administrators, who then asked Dardik to reduce his workload at the hospital. Initially, he was angry at the request, but days later, after subconsciously questioning the age of a pilot he saw while taking a flight, he realized that people judged him as a doctor in the same way.

“You think you’re invincible,” he told the Times. “But the clock ticks, and I’ve become an advocate for evaluation.”

After he began experiencing back pain, Dardik decided to voluntarily step down from operating in 2016 and instead focus on research and teaching. He also decided to take part in a two-day aging surgeon assessment program, started by Sinai Hospital in Baltimore to evaluate older surgeons and determine whether they could safely continue practicing. Ultimately, the program found Dardik capable of continuing his career.

For its part, the ACS says that age alone is a poor predictor of how risky a surgeon will be in the operating room, mostly because we all age differently and our cognitive and technical skills decline at different rates. At the same time, we are our worst enemies; a peer’s critical review of behavior and skills is likely to unleash a bit of insecurity. No one likes to be told they are getting old, but sometimes a surgeon’s own word isn’t enough to convince others that he or she is fit to continue practicing.

“Considering the fact that personal health care issues may contribute to the decline of cognitive and technical skills, periodic medical evaluation is an essential part of the assessment,” according to the ACS report findings. “Whereas the individual surgeon may fail to recognize or may deny diminishing skills, peer evaluation by direct observation also is important.”

Then there’s the matter of how to recommend further assessment to a doctor. ACS says that sometimes, it’s difficult to detect subtle changes in a person’s decision-making skills or technical skills simply through peer observation, and therefore further testing is warranted.

“It is also essential that these appraisals be applied equally and be carried out in a confidential manner that maintains the dignity of the surgeon,” the report notes. In other words, if you’re going to require it for one person, you should require it for everyone.

The report singles out Stanford University Medical Center in California, which now employs a policy requiring all medical staff ages 75 and older to have a physical examination, cognitive screening, and peer assessment of their performance every two years. The findings are kept confidential and referred to a committee, who then determines whether further steps are needed.

Would it be safer to have surgeons to reduce their number of surgeries as they age? Well, unfortunately, surgery isn’t like riding a bike: The ACS report suggests that unless surgeons use their skills regularly, they’re likely to get rusty.

“Aging surgeons who gradually decrease the volume of these procedures may experience a counterproductive deterioration in the skill sets necessary for safe conduct suggesting that an ‘all or none’ approach to complex procedures is better to maintain skills and a safe practice,” the report authors conclude.

For those surgeons who may need to be removed from the operating room but want to remain in practice somehow, there is plenty for them to do. ACS says they can still play a vital role in office or educational roles, including the following:

>          Assisting in operations, focusing on an office-based or an academic practice, staffing clinics, and rounding on clinical services

>          Teaching surgical topics and anatomy to both residents and medical students

>          Administrative and quality/performance improvement activities, such as establishing and implementing quality improvement programs *