A new study has achieved a reduction in Clostridium difficile (C. diff), a bacterial infection of the gastrointestinal system that affects up to 500,000 people annually in hospitals.

The study, conducted by researchers at Xavier University in Cincinnati and Bon Secours Mercy Health Our Lady of Bellefonte Hospital in Kentucky, achieved an almost 60% decrease in infections, which is double the nationwide reduction goal established by the Centers for Disease Control and Prevention (CDC). 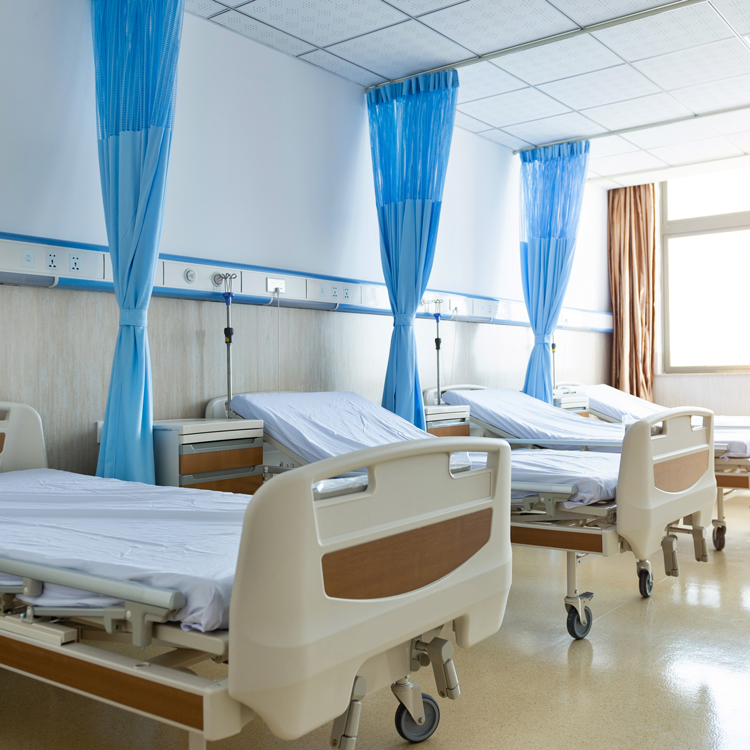 The study was conducted at a 158-bed acute care hospital in Ashland, Kentucky, between April 2016 and October 2018.

“The [barrier] provided a mattress surface free of pathogenic bacteria and C. difficile spores for each patient,” according to the study authors. “The success of the laundry process in disinfecting the [barrier] was likely due to it being fabric coated with polyurethane, which allowed the laundry process to successfully remove the C. difficile spores.”

“Basically, most hospitals are laying new patients on a toxic waste dump of infectious agents,” says lead author Edmond A. ­Hooker, MD, DrPH, professor in the Department of Health Services Administration and MHSA associate director for accreditation at Xavier University. “There are a number of studies showing that if the previous occupant had C. diff, the next occupant has three times the likelihood of getting C. diff.”

According to Hooker, the issue seems to be that beds and mattresses used by most hospitals are not being cleaned properly.

In 2015, the bed manufacturers were required by the FDA to come up with a process that would achieve high-level disinfection of all beds and mattresses, he says.

Unfortunately, not many hospitals have been following the recommended protocols, which calls for several steps.

Hooker says a survey he conducted at a 2019 conference of the Association for Professionals in Infection Control and Epidemiology found that only 15% of hospitals were using more than a one-step process and only 14% were inspecting mattresses for damage.

“This is a huge problem,” he says. “The FDA has received 700 reports of mattress failure (as of 2017) where blood and body fluids leaked back out onto the patient. They issued guidance recommending routine inspection of mattresses. There are a number of studies indicating that around one-third of mattresses are damaged and need replacement.”

Enter the Soteria® bed barrier; manufactured by an Indiana company, the barrier is completely launderable and can be used up to 150 times. Made from a high-tech, breathable micro-barrier fabric, the company claims that the barrier blocks fluid, soils, and microbes from passing through it. According to product instructions, a 90-second process of removing the old barrier, a quick soap-and-water cleaning of the bed deck and mattress, followed by application of a clean barrier is all that’s needed to protect mattresses from infection.

“Part of the reason that people do not want to use a multistep process is the time involved,” says Hooker. “They are trying to turn the entire room over in 30 minutes or less. It really takes two hours if you do multistep.”

But when patients in the hospital are given antibiotics to fight bacterial infections, the good bacteria are often killed as well, and that’s when C. diff takes over. The resulting infection can cause severe diarrhea and other chronic symptoms until the digestive flora can be brought back to normal. In elderly patients and those with compromised immune systems, the results can be deadly.

Hospitals have been fighting a battle with the bug for years, and C. diff infection has become a somewhat common—if not acceptable—aftereffect of increased antibiotic use.

One of the biggest problems with many current disinfection protocols at hospitals, Hooker says, is that while hospitals may be using bleach and other disinfectants for mattresses, those substances are only effective on non-porous surfaces.

In addition, though most mattress manufacturers have effective instructions for disinfection, the multistep process includes precleaning, cleaning, rinsing, disinfecting (with a separate set of disinfectants than the ones used for hard surfaces), rinsing the disinfectant, and inspecting the mattress for damage.

By using the mattress barrier, Hooker says that housekeeping crews can essentially skip several steps that are probably being skipped anyway. The old barrier simply gets taken off the bed and tossed in the laundry with disinfectant, and a new barrier is placed on the bed after the mattress is quickly cleaned. Of course, proper disinfection procedures should be followed to ensure the cleanliness of the entire room.

“I can tell you, based on our experience in hospitals, the damage and failure rate [of mattresses] is much higher [when using traditional methods],” he says. “This is why the barrier works. It, with one step, provides a completely cleaned and disinfected surface. It can be taken on and off in less than two minutes. It is changed between every patient.”

Hooker also claims that using the bed barrier works better on C. diff infections than some of the more high-tech solutions in use today, including “germ-zapping” robots and linens infused with metals that resist microorganism infestation.

More facilities are using ultraviolet light with robots that can “read” the surfaces in a room and bathe the room in light—attacking deadly germs and preventing them from multiplying. At a cost of around $100,000, and boasting a disinfection rate of close to 90%, many hospitals say it’s a cost worth incurring, especially when the tool is added to existing housekeeping efforts.

Others have turned to incorporating linens and high-touch surfaces that are infused with metals known for their antimicrobial properties, such as copper or silver.

While hospitals have reported varying success rates using these kinds of “miracle” treatments, Hooker says he remains skeptical of the latter approach.

“These do not work, as there is not enough copper or silver to make it work,” he says. “The few studies that have shown an effect were done when they opened a new hospital. Everyone gets a decrease for six months to a year after opening a new wing or hospital. It has nothing to do with the metals.”