Do staff in long-term healthcare facilities go to work with the flu and other illnesses, even when their employer’s sick policy tells them to stay home? Probably.

According to a recent study, almost 90% of staff members at one facility who had an acute respiratory illness (ARI) during five months of intense surveillance went to work when they were sick, despite the facility’s policies against doing so. 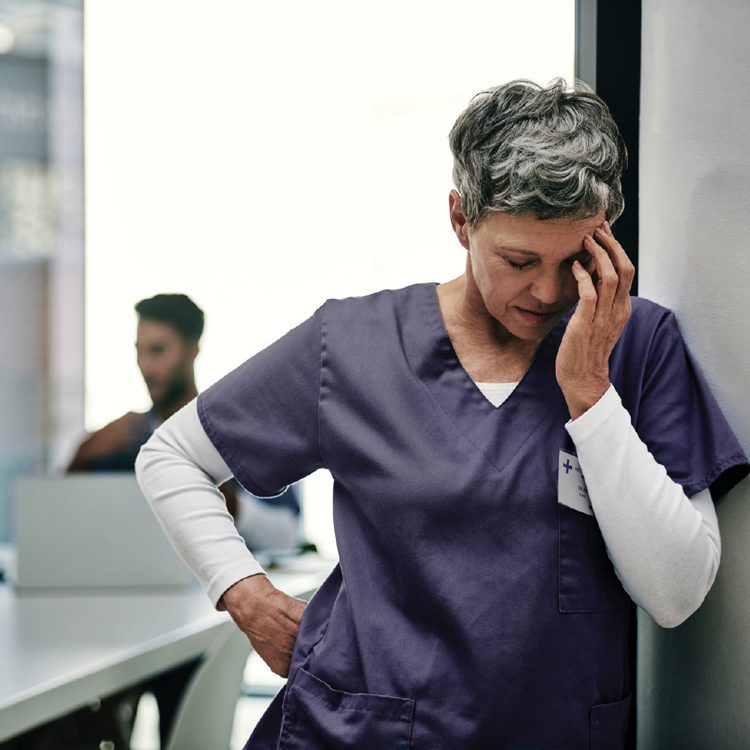 The study was published last fall in Infection Control & Hospital Epidemiology, the journal of the Society for Healthcare Epidemiology of America.

“Changes in sick leave and work exclusion policies to minimize the pressure on staff to come to work while sick would protect patients and other healthcare personnel,” said Hilary M. Babcock, MD, MPH, lead author of the study, professor of medicine in the Infectious Diseases division at Washington University School of Medicine in St. Louis, and medical director for the Infection Prevention and Epidemiology Consortium of BJC HealthCare. “Respiratory infections at this facility were more common in staff than in patients, and staff frequently worked while ill.”

Researchers conducted active surveillance from December 2015 through April 2016 for respiratory viral infections among residents and healthcare providers at a 120-bed long-term care facility in the St. Louis area.

Staff and patients in the study were monitored throughout the surveillance period for ARI symptoms. Nasal and throat swabs were taken whenever symptoms were reported, and again at the end of the study period when participants were asked to reiterate symptoms they’d experienced.

For the study, an ARI was identified if the patient had a fever of more than 99.1°F, headache, sore throat, shortness of breath, chills, muscle and/or joint pain, coughing, wheezing, fatigue, congestion or runny nose, or change of mental status or confusion.

“This broad, symptom-based definition was designed to maximize identification of potential respiratory infections,” the study said.

The study took place in one long-term care facility, so it’s unclear what the study’s results mean for the rest of the healthcare industry. However, the study’s authors suggest that employers need to make it easier for sick workers to take time off.

“Clearly, healthcare workers come to work sick, and I think that there are a lot of things that go into why people do that,” Babcock says.

She says staffing models are not built with wiggle room, or surge capacity to cover for those employees who are sick. Also, she says there’s an overarching philosophy among healthcare workers that they should avoid letting down their colleagues.

“It’s an uphill battle to convince people to stay home,” Babcock says. “People know when they stay home, someone who could have stayed home will get called in.”

The study did have its limitations. “This was a small study conducted at one long-term care facility during one, rather mild, respiratory virus season,” she adds. “This facility housed a mix of nursing home residents and shorter-stay post-hospital patients. They also have a mandatory flu vaccination policy for staff, leading to a highly vaccinated staff population. The findings may therefore not be generalizable to facilities with a different patient/resident mix or to facilities with lower staff flu vaccination rates.”

Also, the study did not show direct transmission of respiratory viruses between patients and staff, and larger studies are needed to determine whether staff members who are sick transmit their illnesses to patients.

These sorts of studies are not easy to do, Babcock says. Hospitals in general don’t do a great job of surveillance when it comes to respiratory infections—and those infections can come from a myriad of sources. Without isolating all patients, for example, how is it possible to determine where an infection came from?

“It would definitely be difficult and hard to control,” she says, adding that data is difficult to come by, especially from healthcare workers who might not admit they’re sick. “There’s no real way to track it.”

Despite its limitations, the published study did highlight a few important points.

“Infection prevention is paramount in healthcare settings to reduce the risk of infection among individuals,” the study said. “Although there was no evidence for ARI transmission among study participants, the greater incidence of illnesses among HCP suggests that paradigms of -patient-centered infection prevention programs should expand to include all persons living and working in [a long-term care facility].”

What the experts say

Many infection control experts say the best way to keep sick employees at home, and to avoid transmitting illnesses at work, is to have a strict, enforceable sick policy that employees can follow without fear of retribution.

“Flexible leave policies and alternate work schedules will help prevent the spread of flu at your workplace, allow employees to continue to work or function while limiting contact with others, help maintain continuity of operations, and help people manage their health and their family’s needs,” according to the CDC.

That’s certainly not always easy advice to follow. According to Babcock, current policies in healthcare facilities, such as those that combine vacation and sick time, push people away from using sick days they would otherwise allocate toward a vacation. Also, attendance awards that reward employees for being at work don’t encourage them to use sick time.

“It’s about culture and philosophy, and until we can change that, it will continue to be a challenge,” Babcock says.

According to the CDC, employers should review and communicate their sick leave policies and practices to employees every year before flu season begins. The CDC also offers the following general guidance:

>          All employees should stay home if they are sick until at least 24 hours after their fever (temperature of 100°F or higher) is gone. Temperature should be measured without the use of fever-reducing medicines, such as medicines that contain ibuprofen or acetaminophen.

>          Not everyone with the flu will present with a fever. Individuals with suspected or confirmed flu who do not have a fever should stay home from work at least four to five days after the onset of symptoms. Persons with the flu are most contagious during the first three days of their illness.

>          Workers who have symptoms upon arrival to work or become ill during the day should promptly separate themselves from other workers and go home until at least 24 hours after their fever is gone without the use of fever-reducing medications, or after symptoms have improved (at least four to five days after symptoms started).

>          In recognition that employees may stay home due to illness (their own or that of a family member), plan ways for essential business functions to continue despite absences. Cross-train staff so that the business can continue operating.

Babcock suggests developing policies that are more nuanced—delineating between excused and unexcused absences, for instance, or using an occupational health program to prove sickness. Another idea used by some hospitals, she says, is to allot extra sick days during flu season.

Also, good management comes into play. “Ideally, managers recognize when someone is ill, and if they sound terrible or have a fever, they should send them home,” Babcock says.

This isn’t without its challenges, of course. “The managers are in the same bind because everyone has to do more [with less] coverage. Also, occupational health nurses can’t walk around a 1,500-bed hospital and listen for signs of illnesses and sneezing. If we don’t see them, we won’t know, but we want to make it clear that we want you to stay home during those times.”