A recent systematic review of the effectiveness of double checking to reduce medication administration errors, published by Australian researchers in BMJ Quality & Safety, clearly demonstrates an overall lack of high-quality studies on the subject (Koyama, Maddox, Li, Bucknall, & Westbrook, 2019). However, the authors also conclude that there is insufficient evidence that double versus single checking of medications prior to administration is associated with lower rates of medication errors or reduced harm. After careful examination and thorough consideration of the recent systematic review, ISMP respectfully concludes that little evidence was provided that should cause healthcare providers to abandon the use of judicious and well-placed independent double checks for selected high-alert medications. Instead, ISMP continues to believe that the selective and proper use of manual independent double checks plays an important role in medication safety (Institute for Safe Medication Practices, 2019). 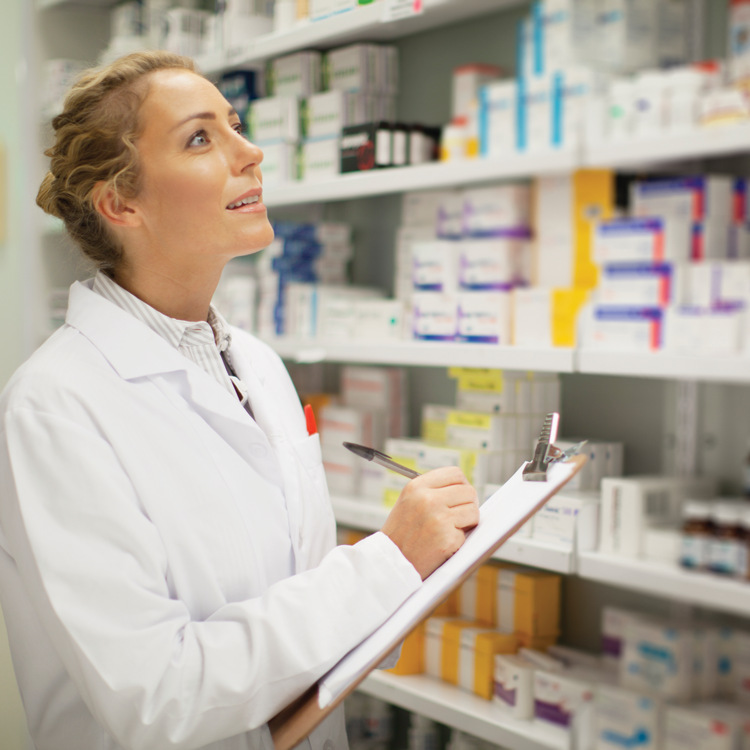 Our primary concerns with the recent systematic review are outlined below and are largely associated with limitations in the reviewed studies and disagreement with some of the conclusions drawn by the authors from these studies. Many of the study limitations are described by the authors. Yet, without careful consideration of the findings, we worry that the authors’ conclusion—that there is insufficient evidence to support the double-check processes—may incorrectly dissuade healthcare providers from the judicious and proper use of independent double checks, as described in our June 6, 2019, newsletter (Institute for Safe Medication Practices, 2019) and summarized in Table 1 (see below).

Limitations in the studies

Quality of the studies reviewed

Thirteen studies spanning 1992 to 2018 met the authors’ inclusion criteria for the systematic review and were part of the analysis. However, the authors point out that study quality varied, and 10 of the 13 studies reviewed were rated as poor- or fair-quality studies based on criteria from the National Institutes of Health (National Heart, Lung, and Blood Institute, 2019). Many of the studies were underpowered and failed to provide meaningful results. Five of the studies had small study populations and/or low error rates, making it difficult to assess the association between double checking and medication error prevention. Five studies also relied completely or in part on ­self-reports or incident report data to measure medication errors, likely resulting in a large number of undetected and uncountable errors.

Only three of the reviewed studies were determined to be good-quality studies based on criteria from the National Institutes of Health. One of these studies only reported double checking compliance rates. The two other good-quality studies that evaluated effectiveness found a positive association between double checking and a reduction in medication errors. In one, an international observational study, double checking was significantly associated with a lower odds of any medication error (Härkänen, Ahonen, Kervinen, Turunen, & Vehviläinen-Julkunen, 2015). In the other, a U.S. randomized controlled simulation study, the use of a double check was found to be superior to a single check for detecting a relatively straightforward wrong-vial error (Douglass et al., 2018). The double check was also more effective than the single check at detecting a more complex, weight-based dosing error, although this effect was less pronounced. All three good-quality studies used direct observation to identify medication error rates and/or compliance rates.

Almost half of the studies evaluated only compliance rates

Areas of disagreement with conclusions

The authors suggest that their review reveals there is no solid evidence base to support the use of double checks. They also raise the question as to whether a lack of association between double checking and drug administration errors is due to an actual lack of effect or a lack of compliance with the intervention itself, a cursory double check, or lack of a truly independent double check. While the latter question is certainly valid, please note that all seven (two of which are good quality) of the reviewed studies that actually tested for an association between double checking and medication administration errors demonstrated a reduction in medication errors when a double check was used. Although methodological weaknesses were present in some of the studies, all seven studies failed to show that single checking led to fewer errors than double checking. While one of the good-quality studies identified situations in which a second more experienced nurse dissuaded the first inexperienced nurse from acting on a suspected error, the overall effect of double checking increased error detection with both complex weight-based dosing errors and a straightforward wrong vial error (Douglass et al., 2018). While we agree with the authors’ conclusion that there is a lack of high-quality studies on the subject of double checking (perhaps this is what the authors meant by “no solid evidence-based support”), we disagree that there is no evidence to support its judicious and proper use.

Speculation about the potential prevention of harm

None of the studies included in the review assessed patient harm as an outcome. Thus, the authors hypothesize as to the potential effect of double checks on actual patient harm, concluding that even a large risk ratio in favor of double checking may not result in a substantial reduction in harm. They go on to question the potential value in using double checks to prevent actual harm, particularly from rare, catastrophic errors. The authors base this conclusion on the fact that, overall, there is a low proportion of medication administration errors that result in actual patient harm. However, ISMP has long recommended reserving double checks for the most vulnerable high-alert medications, which carry a much higher risk of causing catastrophic patient harm when used in error than most other medications. Thus, we respectfully disagree with speculation that the potential value of double checks in preventing actual harm is low; instead, appropriately placed double checks for the most vulnerable high-alert medications can prevent devastating patient harm, and thus offer great value.

Areas of agreement with conclusions

ISMP concurs with the authors about the methodological concerns with many of the studies on double checking and the need for future, high-quality research that focuses on:

>          Robust trials measuring the frequency and severity of errors identified and prevented during the double-checking process, and potential and actual outcomes of errors

>          Closer attention to the details of the double-checking process used, in particular the extent to which checks are performed independently and whether all steps in the process are completed as specified

>          The fundamental questions about when and where double checking, using humans and/or technology, is beneficial to patient safety outcomes

In general, we disagree with the authors’ conclusion that the evidence shows an absence of effectiveness in reducing medication error rates with double checking. In fact, all the studies included in this review that tested for effectiveness showed a reduction of medication error rates with double checking. While we agree that the quality of many of the studies was poor or fair, with methodological weaknesses, this review does not present enough evidence to abandon the use of independent double checks for the most vulnerable high-alert medications. On the contrary, the review should encourage healthcare providers to evaluate their current double check systems to ensure they are designed for success, as outlined in our newsletter article (Institute for Safe Medication Practices, 2019) and summarized in Table 1 (see below).

Given the extent to which double checks are embedded as part of routine nursing practice, and the considerable costs involved, we agree there is a compelling reason to establish a sound evidence base for the ongoing use of double checks and to inform decisions about when and how they might be most effective to improve medication safety. While one may argue that the current evidence for independent double checking is imperfect, ISMP stands behind the recommendation that, when employed judiciously, conducted properly, and bundled with other strategies, manual independent double checks can be part of a valuable defense to prevent potentially harmful errors from reaching patients (Institute for Safe Medication Practices, 2019). *

From the September 26, 2019 issue of the ISMP Medication Safety Alert! Acute Care Edition.