Automated dispensing cabinets (ADC) represent one of the most widely deployed forms of technology integrated with today’s hospital medication use systems. ADCs were first introduced in hospitals in the 1980s to facilitate transition to a more decentralized medication distribution system. Originally designed as an automated unit stock system with the ability to support charge capture and automated replenishment, many medications were placed in open matrix drawers to which practitioners were allowed access without a pharmacist’s review and/or verification of the medication order. Over time, however, progressive changes to ADC hardware and software, as well as improvements in associated workflow processes, have given many organizations the ability to employ ADCs safely in a variety of locations outside the pharmacy. 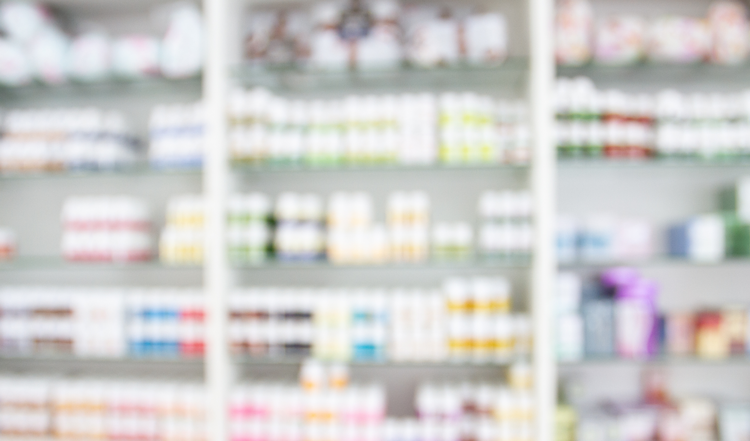 Whether used as a full decentralized drug distribution model or for limited distribution of controlled substances, PRN (as needed) medications, and first doses only, ADCs today are often interfaced with electronic health record systems in both large and small healthcare settings. In most care areas, a pharmacist’s verification of the medication order prior to removal of the drug is possible because of “profiling functionality,” which requires a pharmacist to review and approve the appropriateness of each order prior to allowing access to the ordered drug. A pharmacist’s review of each medication order is important to assess potential duplication in therapy, contraindications, unsafe dosing, allergies, and other medication-related concerns before a drug is removed from stock and administered. Well-designed cabinet configurations primarily employ individual locked or lidded pockets and drawers or other segregated storage options for medications, particularly high-alert medications, to prevent selection errors. Machine-readable (bar code) scanning is often available to verify the drug and dose in the pharmacy prior to distribution, upon ADC stocking, and at the bedside prior to administration. Label printers have been added to the current generation of ADCs to support safe practices after medication removal.

We are now far more comfortable with the ability of ADCs to support the safety of the medication distribution system while allowing required drugs to be readily accessible in a variety of patient care areas. Nonetheless, ISMP continues to hear about limitations, unsafe practices, and pitfalls associated with ADC use, which can place patients in serious jeopardy. We have recently described some of these ongoing safety limitations, such as overutilization of open matrix drawer configurations, particularly for high-alert medications and controlled substances, and the ability to search for a drug in the ADC using only the first three (or less) letters of its name, which has sometimes led to fatal selection errors (e.g., entering “VE” for Versed® and choosing vecuronium instead; www.ismp.org/node/1326). Our focus today is on three unsafe scenarios: overuse of overrides, removal of a drug from an ADC without an order, and removal of an ordered drug from a non-profiled ADC. Healthcare practitioners have used the term “override” loosely when referring to these circumstances, perhaps because each involves the removal of a medication from an ADC without a pharmacist’s review of the order.

One of the biggest challenges to the safe use of ADCs is the ease with which medications can be removed from the cabinets upon override—many times unnecessarily and with a lack of perceived risk associated with this process. Practitioners often view the override process as routine, rather than a risky step. They may fail to recognize that use of ADC overrides should be situation dependent and justifiable, and not based merely on an approved list of medications available on override. While organizations must identify the drugs with the potential to be obtained emergently, along with examples of situations that might require these drugs to be removed before a pharmacist’s review, there will be many circumstances when there is enough time for the pharmacist to review even emergent medication orders prior to retrieving the drug from the ADC.

Another safety concern involves the process that should be in place for pharmacists and nurse managers to retrospectively review medications removed from an ADC via override. Too often, this review process is inadequate or absent; when it does happen, little can be learned from the menu-driven “reason” for the override, or important findings never reach nursing leadership with oversight of nursing practice at the ADC.

Removal of a drug without an order

Sometimes, practitioners will obtain a medication from the ADC without a specific verbal, telephone, written, or electronic order. Often, this is incorrectly referred to as an ADC “override”; however, all true “overrides” begin with an order and end with a decision to not wait for a pharmacist to review the order before obtaining the medication from the ADC.

In rare circumstances, a lifesaving medication must be removed from the ADC without a corresponding order due to a true emergency; even then, a protocol for rescuing a patient who requires a specific medication, antidote, or reversal agent should serve as an order. However, most of the cases brought to our attention involved medications for which an order might be anticipated—fentaNYL and bupivacaine for epidural analgesia in labor and delivery units; moderate sedation medications in endoscopy units; antibiotics in the emergency department (ED); premedication in ambulatory surgical units; and many others. Often done with the best intentions in anticipation of a specific order, removal of a drug from an ADC without an order is rarely perceived by practitioners as dangerous. Yet, not only has a pharmacist not reviewed the safety and appropriateness of the medication for the patient, but the prescriber has not yet ordered the medication. Furthermore, practitioners may fail to recognize that this action likely falls outside of their scope of practice.

Removal of an ordered drug from a non-profiled ADC

The use of an ADC in a profiled mode is an important safety feature as it attempts to direct practitioners to a ­patient-specific medication profile and limit access to medications that have been reviewed and verified by a pharmacist as appropriate for the patient. Use of a non-profiled ADC (which is not recommended) allows practitioner access to all medications contained within the cabinet, typically bypassing the pharmacist’s review of the order prior to medication selection. Non-profiled ADCs are often located in diagnostic units, ambulatory care units, the ED, and surgical care units. In healthcare facilities without round-the-clock pharmacy services, sometimes profiled ADCs in both inpatient and ambulatory units are switched to a non-profiled mode once a pharmacist is no longer available.

Removing a medication from a non-profiled ADC may also be referred to as an “override”; however, keep in mind that a pharmacist may never even be notified about the medication order let alone have a chance to review the order, even retrospectively.

Safe practice recommendations: Now that ADCs have become a primary model for drug distribution in many healthcare facilities, and progress has been made with ADC technology and workflow processes, it is a good time to look at the issue of overrides, removal of drugs from an ADC without an order, and use of non-profiled cabinets again. Consider the following recommendations:

>          Optimize the use of ADCs in a profiled mode that allows medication selection after orders have been reviewed and verified by a pharmacist. Use the profiled mode in both inpatient and outpatient areas (e.g., EDs, preoperative care areas, postanesthesia care units, procedural and ambulatory locations).

>          Require a medication order (e.g., electronic, written, telephone, or verbal) prior to removing any medication from an ADC, including those available on override.

>          Establish a policy that limits ADC overrides to the following situations:

>          Implement strategies that reduce the risk of an error when an override must be used (e.g., avoid stocking multi-dose containers; limit drug quantities available via override; require assessment of patient history, allergies, weight; provide a prompt for documentation of a witness when removing certain organization-identified medications via override from a profiled cabinet).

>          Require documentation of override rationale. If menu-driven choices are available, ensure they will provide adequate information about the reason/circumstances for the override. Do not offer an option of “No order.”

>          Review and approve all medications for which overrides are permitted, clinical locations where they can be removed via override, practitioner types who can remove medications via override, and associated policies through the pharmacy and therapeutics (P&T) committee or equivalent interdisciplinary group. Ensure the list of medications that can be removed via override includes clear instructions about the need for patient assessment to first determine if the situation requires immediate removal of the drug, before a pharmacist has reviewed the order. Review the list of medications available by override at least annually.

>          At least annually, review the drugs available in non-profiled ADCs to ensure they are routinely required in the setting and in the quantities needed. Keep in mind that all medications in a non-profiled ADC are accessible to practitioners without pharmacy oversight.

>          Use an interdisciplinary group to routinely analyze override reports to identify if an order was obtained prior to removing the medication and whether the rationale for each overridden medication was appropriate. Trend override reports by medication, user, and area, and address barriers to the pharmacist’s review of the medication order prior to drug removal. Discuss the results regularly with leaders and all disciplines with ADC access.

>          For all practitioners who access ADCs, discuss these safety issues as a means of increasing their perception of the risk associated with overrides, removal of a drug without an order, and the use of non-profiled ADCs. Be clear about what constitutes an appropriate override and how the use of override functionality strips away a layer of safety for their patients. Also remind frontline nurses that removing a drug from an ADC without an order is risky and in some cases has resulted in action against a practitioner’s license.

From the October 24, 2019 issue of the ISMP Medication Safety Alert! Acute Care Edition.