An Atlanta-based nonprofit organization that focuses on drug diversion prevention has launched an online forum that it hopes will change the landscape of the drug diversion problem in U.S. hospitals.

The Healthcare Diversion Network in May 2019 launched the website HealthcareDiversion.org, which it calls a first-of-its-kind forum that aims to build national dialogue and transparency around one of the most critical, yet often unspoken, risks associated with the expanding opioid crisis in the country. 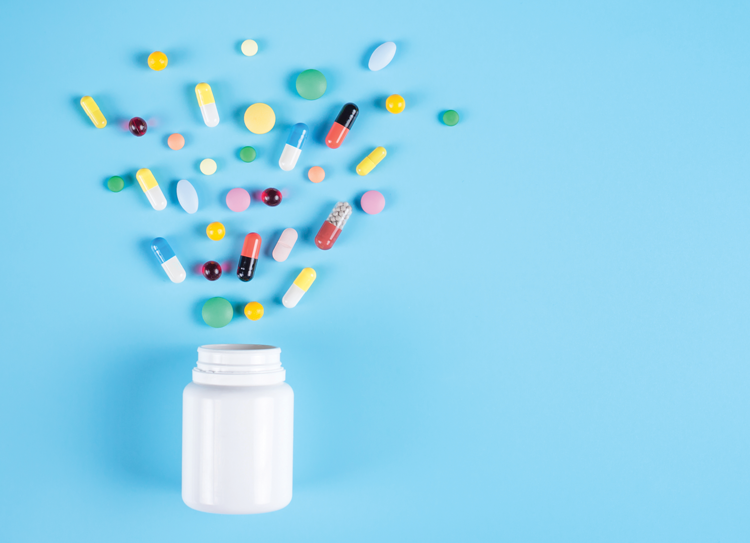 According to Tom Knight, chairman of the Healthcare Diversion Network, since going public with the website, the number of reported incidents increased by more than 23% in the first three months. Additionally, since launching, the nonprofit is actively working with 65% more hospitals to track and report drug diversion.

“I’ve worked with several hospitals to detect and prevent drug diversion, and what it really comes down to is transparency and education,” Knight says. “If the healthcare community can come together to reduce stigma and shine a light on drug diversion, we’ll be able to make considerable progress in reducing drug diversion in our country.”

The problem at hand

Drug diversion, especially theft by doctors, nurses, or pharmacy staff who are suspected of keeping the drugs for their own use or selling them on the street, continues to be a major problem at U.S. hospitals.

The CDC says the theft of controlled substances such as opioids for providers’ own use can cause several types of patient harm, including substandard care delivered by an impaired clinician, denial of essential pain medication or therapy, or risk of infections such as hepatitis C or bacterial pathogens if a provider tampers with injectable drugs.

Aside from the devastating toll it takes on human lives, opioid abuse imposes an estimated $55 billion in societal costs every year, with $25 billion of that price tag going to aggregate healthcare costs in the United States, based on a 2015 report by Matrix Global Advisors.

Drug diversion has become such a problem in American hospitals that The Joint Commission (TJC) in April released Quick Safety 48, a set of advice and guidelines for preventing drug diversion in facilities. Only a fraction of drug diverters are caught, TJC says, despite clear signals such as abnormal behaviors, altered physical appearance, and poor job performance.

According to a March 2017 report in Outpatient Surgery magazine, the incidence of opioids and other medications going missing from federal hospitals in more than a dozen states—most of them run by the Department of Veterans Affairs—has spiked by more than 2,500 incidents since 2009.

The report said incidents of drug losses at more than 1,100 facilities (which includes seven correctional hospitals and about 20 hospitals serving Native American tribes) jumped from 272 in 2009 to a high of 2,926 in 2015 before dropping to 2,457 in 2016, according to the Drug Enforcement Administration (DEA).

Some experts say an estimated one in 15 healthcare employees may have some sort of addiction, whether to alcohol or drugs, and the healthcare environment often offers them the perfect opportunity to satisfy their addiction for free. In many cases, this results in patients being put in harm’s way.

Yet drug diversion is under-recognized and under-reported in many instances, says Kimberly New, BSN, JD, a nurse, attorney, and consultant specializing in helping hospitals prevent, detect, and respond to drug diversion by healthcare personnel, and author of the book Drug Diversion Prevention in Healthcare.

“So many times, facilities detect diversion, but they allow individuals to resign their position, move on, and they don’t necessarily do the appropriate external reporting,” she notes.

In some situations, the diverter will use medicine intended for the patient, either by replacing it with another medication for paperwork purposes or simply injecting themselves with an IV previously used on a patient. Both practices, obviously, can leave both patient and practitioner at serious risk of diseases. In 2016, for instance, New says that hospitals in the U.S. had to notify at least 12,000 patients of potential exposure to bloodborne pathogens as a result of provider tampering or substitution.

The network can help

Knight says that about 10% of healthcare workers will steal drugs from their workplace at some point in their career. He says his nonprofit works with government agencies such as the CDC to help spread awareness, and he has an advisory board with members covering almost every part of healthcare affected by drug diversion, including hospitals, government entities, patients, and national associations.

“We’ve found that hospitals have a few misconceptions when it comes to drug diversion,” he says. “First, many hospitals don’t realize that they might have a drug diversion problem in their facility. They think that the problem only exists at other facilities and that they are doing everything they need to do to prevent drug diversion in their facility. Unfortunately, that is often not the case. When they learn the scope of the issue and apply that to their own facilities, they are often more interested in being a part of our effort.”

How is that effort put into practice?  HealthcareDiversion.org provides an online network where healthcare providers, law enforcement, and government agencies can report an instance of drug diversion. The reports are verified and input into a database and map to help providers hire more effectively and provide patients with more ownership over their care.

The incident map is publicly available and searchable. A patient can search for a local hospital to see if any instances of drug diversion have been reported there. As a next step, Knight says the network plans to open submissions to patients and the general public, as well to ensure comprehensive coverage.

To maintain accuracy and integrity, Knight says the network has strict policies for vetting submissions. For example, he says, the name of a person suspected of diversion will not be published unless that information is publicly known and the person has been convicted by a criminal court or a licensure board. Cases submitted anonymously are independently confirmed by a member of the Healthcare Diversion Network, who then reviews publicly available information such as court records or disciplinary actions of state licensure boards.

Knight says that the primary goal of the network is to reduce drug diversion in healthcare by educating healthcare professionals about the problem.

“When healthcare professionals divert drugs, they can cause harm to the patient by providing substandard care, denying them medication, or spreading infections like hepatitis C,” he says. “Reducing and preventing drug diversion will ultimately increase patient safety.”