Historically, hospitals and their caregivers aren’t very good at giving apologies. Whether it’s from a fear of retribution or lawsuits, or just a desire not to appear fallible, healthcare organizations don’t like to admit it when they make mistakes—and they all do.

Yet apologizing—and meaning it—could be one of the most important things that a hospital can do to help give the organization a better name. 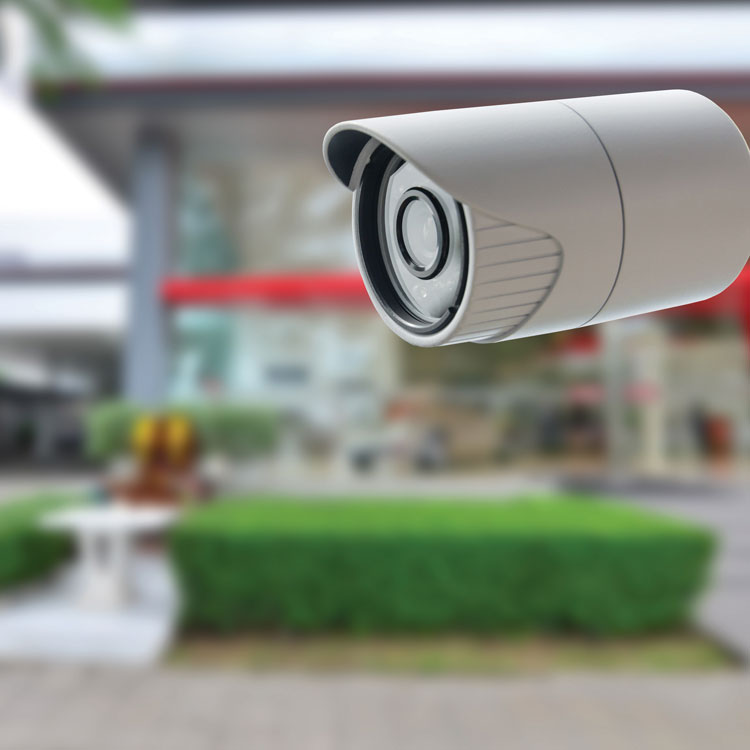 You may have been following the story of the tragic and preventable death of a young woman outside the doors of Somerville (Massachusetts) Hospital in the early morning hours of September 16, 2016. The woman, 34-year-old Laura Levis, suffered an asthma attack and walked to Somerville Hospital, only to find the entrance she arrived at closed and locked. Unable to get inside, she called 911, and because of a series of miscommunications and missed signs, no one was able to find her. She ended up dying from her condition on a waiting bench just 29 feet outside the hospital’s doors.

Deaths from errors such as miscommunications happen almost daily in U.S. hospitals, so perhaps the only reason Levis’ story got the attention it did was that her husband, Peter DeMarco, was a reporter for the Boston Globe. He wrote a heartfelt account of the events leading up to her death, as well as the lack of forthcoming information he received from the hospital in the aftermath. His refusal to accept the hospital’s silence, a desire for accountability, and ultimately a simple request for the hospital’s administration to sit down with him and apologize for the mistakes made were enough to make the hospital change its ways.

DeMarco’s story was published in the Globe Magazine and brought to light the need for many changes, including the following:

>          The emergency response system failed Levis because of out-of-date technology. When Levis encountered the locked door at the hospital, she called 911 using her cell phone. Had the call gone to a local dispatcher, perhaps police could have gotten there faster or sent the call to the hospital earlier. Instead, the call was answered by a regional state police dispatch center, then rerouted to local responders; in the process, the center failed to relay critical information related to her exact location. Somerville Police have since switched to a system that allows 911 calls to be answered locally.

>          As it turns out, Somerville Hospital violated federal law in Levis’ case after federal authorities determined the hospital denied Levis access to emergency care by not doing enough to find her. The hospital settled and paid a $90,000 fine to the government. DeMarco’s account revealed to the public that hospitals generally are not held accountable for their deadly mistakes, and the price they pay in settlements doesn’t even begin to make up for the suffering and anguish that surviving family members endure.

>          DeMarco got a public apology from the hospital’s administration, but only after he brought his wife’s story into print. According to the Globe, DeMarco repeatedly tried to get answers from the hospital, but it wasn’t until after the magazine article was published, and right before a report about it was set to air on NBC Nightly News, that the hospital apologized through its parent company, Cambridge Health Alliance. “It should not have taken an event like this for us to identify and resolve a number of structural, training, and communication issues. We have already begun to make the necessary changes,” the statement read.

Lessons to be learned

What can you learn from the mistakes of Somerville Hospital? Several things, actually, but in the end a smarter response from both the hospital’s security team and its patient treatment staff could have averted the worst possible outcome. Let’s focus on Levis’ struggle to get help and what could have gone better for her along the way.

People outside need to know how to get to you. Levis had a long history of asthma attacks, and the one that led her to Somerville was one that slowly built up. Still, she knew something was wrong, and just after 4 a.m. she walked the short distance to the hospital, uphill, hoping to get checked out.

Signs pointing to the ER had led Levis up the hill. However, none of the entrances to the hospital had a sign leading to the ER itself. According to the Globe account, she had to randomly choose a door to go to. When she got there and stepped in front of it, it didn’t open. She kept trying, putting her face against the window looking for someone to notice her, but the waiting room was empty. There was a sign indicating the door was for ambulances only, directing patients to the main entrance, but for one reason or another she never made it there.

Lesson to be learned: You’re a hospital; let people know that. Large, brightly lit signage should be everywhere indicating where patients should go. Surprisingly, it was only after Levis’ death that Somerville Hospital added an illuminated “EMERGENCY” sign near one of the entrances, a sign that seems so ubiquitous in other facilities.

Patients under stress and possibly in an altered mental state, as Levis may have been during her worsening condition, should never have to guess where to find help. Doors should be able to automatically open when someone steps in front of them. At the very least, entrances should offer a panic button that can be pressed to summon help.

Security staff need to be where they are needed most. In Levis’ case, it turns out that the perimeter cameras monitoring the outside of the facility clearly captured her struggle, from the point she arrived at the doors, to her frantic attempt to bang on the windows, to her loss of consciousness on the bench outside.

According to DeMarco’s account, if a guard had been sitting at the security desk in the hospital’s main lobby, that person could have seen the video feed or been radioed after the 911 call; within seconds, the guard could have walked out the main entrance door, looked to the left, and seen Levis in trouble. Instead, the two security guards on duty were inside the ER on “patient watch,” even though that meant no one was at the security desk.

Lesson to be learned: Security personnel at all hospitals are overworked, and there are never enough of them to go around. But security protocols that ensure full coverage of a facility’s surveillance systems are a must-have in today’s healthcare facilities. Hospitals would do well to develop tight requirements for where security staff are stationed, even if that means spending a little more for a staff member to be sitting at a monitor. Patient treatment staff need to respect those protocols and understand that these personnel cannot be pulled away for other tasks without a suitable replacement.

“All hands on deck” means try harder. There were many errors of miscommunication on the night Levis died, but there is no excuse for laziness or lack of thoroughness when lives are on the line.

After many misrouted phone calls to emergency services, more than two minutes after Levis lost consciousness, dispatchers finally got through to a charge nurse on duty at the Somerville ER to communicate what was going on. After receiving the call, the nurse went to the ambulance doors that were locked, opened them, and peeked outside. Levis was only 70 feet away, and in fact security cameras caught them both in the same frame. But, not seeing her, the nurse didn’t bother to walk a little farther outside to investigate more.

Lesson to be learned: You need to ensure your charge personnel understand that their domain extends outside the hospital walls. The charge nurse later said it was pitch black outside, yet cameras were able to spot Levis. Though she was the head nurse on duty in the ER, she spent only 12 seconds investigating a report of a woman outside having an asthma attack. If the nurse was afraid to go outside, she could have asked others to help, including those security guards on patient watch.

Patient staff often carry the attitude that what happens outside isn’t their responsibility, and that mindset needs to change. DeMarco later wrote in the Globe report that there was no chance of winning a lawsuit against the hospital, as a Massachusetts law from the 1970s protects public hospitals from being sued for more than $100,000—mere pocket change for the $671 million organization that owns Somerville Hospital. The law indemnified the hospital’s employees, including the nurse who clearly didn’t do her job thoroughly.

Back to that settlement mentioned above. Under the Emergency Medical Treatment and Active Labor Act, Somerville Hospital should have searched for Levis anywhere “within 250 yards of the hospital,” including the sidewalk, parking lots, driveways, and any other buildings on its campus. Ultimately, it was an arriving firefighter who found Levis in front of the building and got her care started. The hospital was only fined $90,000. Hospitals need to do better. 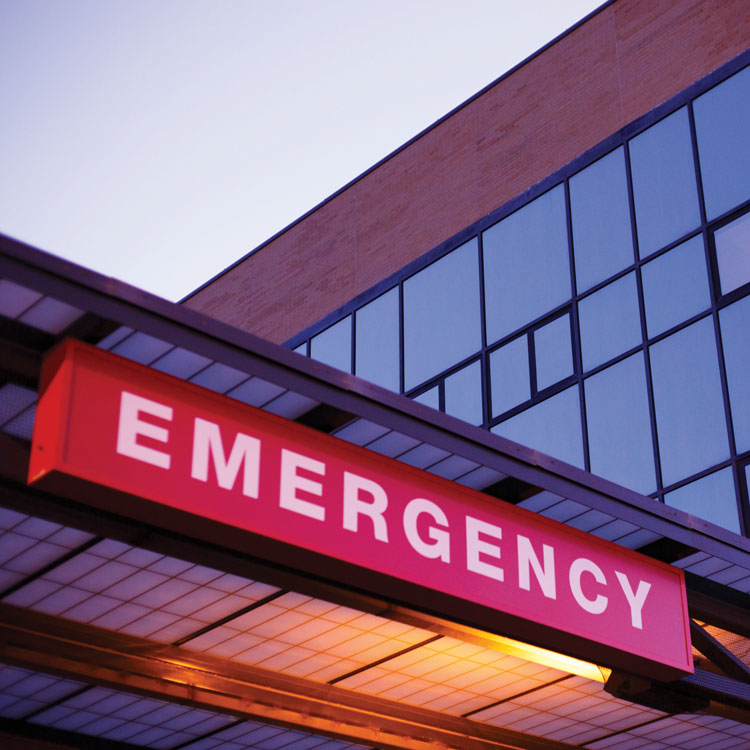 Face up to your mistakes. Somerville apologized for the death of Levis after many requests from her husband and a promise that he would not sue. In a well-documented and public apology, the hospital’s CEO, Patrick Wardell, faced DeMarco in person and told him, “I’m very sorry for what happened to your wife. I can understand the horrible pain that this has inflicted upon you. I take personal responsibility for this.”

Lesson to be learned: Hospitals, and the people who work within their walls, are not perfect. They make mistakes, and they need to own up to them. Every day, surgeons accidentally operate on the wrong part of a body, leave a sponge inside a patient, or cause patients to leave the operating room with an infection they didn’t have before. At the very least, show some human kindness with an apology and you might get away without a lawsuit and a negative news item about your organization.

The leaders of Somerville Hospital’s parent organization, Cambridge Health Alliance, admitted to “multiple failures” that led to Levis’ death. Yet despite an investigation by the Massachusetts Department of Public Health, no sanctions were imposed and no one lost their job; because of the 1970s law, Somerville Hospital will likely never be found liable for negligence. Still, some changes have been made. The facility has erected new signs, and the locked door in question now is the main emergency entrance. Life goes on at the hospital, if not for Laura Levis.