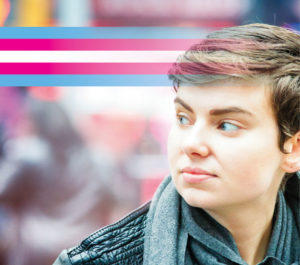 This article appears in the July/August issue of PSQH.

Seven years ago, Sue Boisvert, senior risk specialist at medical professional liability insurer Coverys, found that she was starting to get more questions from her hospital and physician practice clients about transgender patients.

“I thought it was really interesting,” Boisvert says. “It was a completely new twist and not something I knew much about, so I started doing a lot of research.”

The biggest questions she received:

Boisvert, who lives and works in Maine, notes her state is fairly open to different lifestyles. But not all physicians are so open to learning more about helping transgender patients. A 2010 report from the National Center for Transgender Equality and the National Gay and Lesbian Task Force states:

“Denial of health care and multiple barriers to care are commonplace in the lives of transgender and gender non-conforming people. Subjects in our study seeking health care were denied equal treatment in doctor’s offices and hospitals (24%), emergency rooms (13%), mental health clinics (11%), by EMTs (5%), and in drug treatment programs (3%). … Nineteen percent (19%) had been refused treatment by a doctor or other provider because of their transgender or gender non-conforming status.”

Rampant discrimination isn’t a problem impacting only transgender patients. Members across the entire lesbian, gay, bisexual, and transgender community have reported instances of discrimination by healthcare providers, despite the fact that sex discrimination in federally funded healthcare facilities is specifically prohibited by the Affordable Care Act. But the challenges facing transgender patients are significant because those risks are not always apparent. Access to care and accuracy of health records are among the concerns that Boisvert hopes more healthcare providers will address, particularly as her insight into the challenges faced by the transgender community has grown.

The single most important thing a physician can do in caring for transgender patients, Boisvert says, is to advise them where to find counselors who can provide appropriate gender dysphoria therapy. Why? The transgender population is at nine times the risk for attempted suicide as the general population.

In 2014, the Williams Institute published a focused report on suicide attempts among transgender and gender non-conforming adults that found:

The 2015 U.S. Transgender Study, released in December 2016, reiterated these statistics: 40% of their nearly 28,000 survey respondents reported having attempted suicide at some point in their life, compared to 4.6% in the U.S. population.

“This is really a public health crisis,” Boisvert says. “If you think of any other group that had a number that big that was causing harm to that group, it would be huge. SARS was tiny compared to this.”

As a result, a primary care physician can be an important point of contact for getting transgender patients the mental healthcare they need.

“The absolutely most important thing you can do is know where the therapists are who know how to take care of children, adolescents, adults, and seniors who are transgender and have gender dysphoria, or who are depressed because of the challenges of having their brain tell them their gender is different from their biology.”

These issues are particularly close to Boisvert’s heart. Around the same time that she began getting questions from providers about treating transgender patients, she was dealing with the emotional process of sending her daughter off to college.

“The first part of her freshman year was the typical process of finding your way around. She made some friends, and things seemed to be going well,” Boisvert recalls. “But during the second part of the year, her Facebook posts got really dark; there were fewer calls home. Something wasn’t right.”

Over spring break, Boisvert’s daughter sat her parents down and confided that she had to tell them something important. “She was shaking all over, and I was thinking, ‘Oh my gosh, she’s going to tell us that she’s quitting school.’ Never in a million years did I think I’d hear, ‘I’m a boy. I’ve known it for a long time, and I’ve started hormone replacement therapy.’

“As a mom I was blown away,” Boisvert says. “I started crying and asked what I did wrong—which is not the right approach. Fortunately, my kid is a bit more mature than me and said, ‘Mom, this isn’t about you.’ That pushed me into nurse mode. As a nurse, I knew that transgender individuals have a very high risk of suicide behavior. … I looked at my husband and I said, ‘We have one chance to get this right. It’s the most important thing that we will ever do as parents.’ ”

The risk manager used this milestone to begin to learn as much about the challenges her son, and others like him, would face on this journey.

Due to the high rate of reported discrimination by primary care physicians, it’s perhaps no surprise that transgender patients may not be comfortable sharing their biological gender with their treatment provider. But without doing so, the patient will not get the appropriate care.

There are numerous other examples of safety risks, notes Boisvert. Consider x-rays, for example. It’s standard for radiologists to ask any woman if she could be pregnant. But what about men with female reproductive organs? At present, gender identity is not included in medical records, so a transgender patient might register with their legal gender or gender identity rather than their biological gender in order to reduce the odds of a confrontation.

“How does a radiologist handle that? Do they ask everybody whether or not they could be pregnant?” Boisvert asks. “Without gender identity on the record, important things like ‘this man has a uterus’ get missed.”

Or consider pathology. The presence of testosterone on individuals with female biology, for example, could impact lab tests. “The pathologist needs to know [gender biology] because some of the lab results will be different if a person is taking hormone replacement therapy,” Boisvert notes.

There are also numerous risks to the health of transgender people beyond what’s being missed in the treatment room. Boisvert highlights the unexpected health risks of what she calls “the bathroom situation.”

“Bathrooms are binary,” she says. “There are men’s rooms and women’s rooms. So if you look like a man but biologically you’re a woman, where do you go to the bathroom? If you look like a man and you go in the ladies’ room, it’s going to create problems for you. If you’re in a state where you’re required to use the ladies’ room, what do you do? I’ll tell you—you avoid going to the bathroom.”

Boisvert points to some startling statistics from the U.S. Transgender Study: 59% of survey respondents reported avoiding going to the restroom in order to prevent a confrontation (Figure 1).

And as she elaborates, “How do you avoid going to the bathroom? You don’t eat and drink so you don’t have to use the restroom.” Thirty percent of survey respondents admitted that they did not eat or drink. The result, as most care providers can probably predict, is that there are health consequences to not eating or drinking, or to not using the restroom as needed. Eight percent of survey respondents reported health consequences, including urinary tract infections and kidney infections, as a result of these actions.

And given that the National Center for Transgender Equality and the National Gay and Lesbian Task Force reported that 28% of their survey respondents significantly postponed medical care when sick or injured due to discrimination, those health problems can have major impacts.

While healthcare providers may not be able to impact the presence of transgender-friendly restrooms in all public spaces, they can dictate what happens in their practices, and they can speak up on the public health threat that comes with requiring people to use the bathroom of the gender they’re assigned at birth. Such requirements are popping up in a number of states (the National Center for Transgender Equality reports that 54 bills targeting transgender people have been proposed so far this year).

Are your practices doing harm?

Many healthcare providers may need to take a second look to understand how their practices are, even unintentionally, violating their oath to do no harm.

“Part of the problem is primary care providers don’t know how to take care of transgender patients, and they need to figure it out,” Boisvert says. “We don’t have an actual count of transgender patients. We can’t get that because we don’t collect gender identity in the census. But using CDC statistics, the Williams Institute extrapolated the number of people who might be transgender at 1.4 million. So there are 1.4 million people who need a primary care provider who knows how to take care of them.”

Not every transgender person sees themselves as male or female, she notes, and many don’t want to be categorized as either gender. “They want a pronoun that does not reflect gender. So for the benefit of people who are not transgender—cisgender people—a lot of transgender people use the pronoun ‘they’ because it’s not gender specific,” Boisvert says.

“The challenge with ‘they’ is it’s plural, so you can run into some interesting situations. Think a medical assistant goes into the doctor and says, ‘They’re ready in the treatment room.’ Is that one ‘they’—a transgender person? Or is that ‘they’ a whole bunch of people? It’s a minor detail, but it can cause confusion.”

And it can have a big impact, Boisvert notes.

“When a transgender person is misgendered—when someone uses their wrong name or their wrong pronoun—it feels like a bee sting to them. One or two bee stings hurt. A whole bunch of bee stings can really be harmful. And that’s how it hurts them to be misgendered,” she says.

The solution may be as simple as reaching out to an expert for insight on how to encourage trust among this patient population.

Megan Headley is a contributing writer to PSQH.