A conversation with “e-Patient Dave” deBronkart 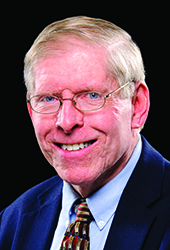 Dave deBronkart, known on the Internet as e-Patient Dave, is one of the world’s best-known evangelists for the patient engagement movement. A 2007 survivor of stage IV kidney cancer, he discovered the movement in 2008 and started blogging about it as a hobby. In 2009, he moved his electronic hospital data to a personal health record, which triggered a series of events that landed him on the front page of The Boston Globe (Wangsness, 2009). Invitations to attend policy meetings in Washington and give speeches followed. An accomplished speaker in his professional life, he has now participated in 450 healthcare events in 15 countries. His 2011 TED Talk has been seen by almost a half million viewers online.

deBronkart is a child of the Sixties, which leads him to see the e-patient movement as a social revolution, parallel to civil rights and feminism. And as an MIT graduate, he also sees it as the natural evolution of a scientific field. The following is based on a conversation he had recently with Susan Carr, editor of Patient Safety & Quality Healthcare.

Carr: Soon after being treated for cancer in 2007, you helped advance the e-patient movement, advocating that patients become equipped, engaged, empowered, and enabled. You’ve been spreading that message since then in the U.S. and across the world. How has your thinking evolved? What interests you now?

deBronkart: As with any social movement, at first the message was about awakening people to what’s possible—this new possibility of patients as valued, active partners. That soon caused objections: “How is that possible, if they don’t have medical training? Medicine is hard!” That led to realizing that while some of medicine is hard—cellular biology, surgery, differential diagnosis, statistics—there are many ways for patients to truly improve how healthcare works. Today, e-patients are engaged in developing policy and practices to fulfill the vision of Let Patients Help (deBronkart, 2013): patients as participating partners, sharing the work with clinicians. We’ve gone from concept, to feasibility, to implementation.

I’ve also been thinking about innovation and what happens when the foundations of a field change, which is happening in healthcare. Happily, there are precedents from other fields.

One of the most important discoveries, for evangelists and skeptics, is that it’s hard to imagine something that’s unimaginable! Right after my TED Talk in 2011, I spoke at Ray Kurzweil’s FutureMed conference (now called Exponential Medicine), which he kicked off by saying it’s really hard to see what will be made possible by the innovation that comes after the innovation that follows what we’re seeing now.

It was brilliant. Reflecting on news that Microsoft® had purchased Skype® the day before the conference began, Kurzweil asked, “Who would have thought in 1984 that Microsoft, the company that developed MS-DOS® floppies(!), would pay $8 billion(!) for Skype, a company that lets you use the webcam—the what?—on your laptop—your what?—to talk to people on the other side of the world via the Internet—the what?—for free?!”

I attend a lot of conferences, and Kurzweil’s is the only one so far where every crazy new thing presented has become reality: exoskeletons, 3D printing of organ tissue, Google’s driverless cars, and more. It takes a special kind of vision to foresee an unimaginable future that comes true.

The lesson is that humans are naturally accustomed to being realistic in today’s world. That’s good if you need to cross the street or drive to the store for groceries. But if what you’re up to is creating a new future, it’s useful also to understand what’s on the horizon and especially what’s over the horizon. That’s what fascinates me. How do you get that right? If you’re trying to solve an important problem, and you fail to see a new possibility, the whole enterprise may fall short of its potential.

Carr: How can we prepare or train ourselves to be open to new realities, especially in medicine?

deBronkart: That’s the $64 billion question. I say, let patients help. The problem is that just about everyone in medicine was trained to do things to patients; hardly anyone (except nurses!) has been trained to do things with patients. It’s as if we’re trying to learn a new dance—a metaphor that dates back at least to September 1999, when the BMJ’s cover story was titled “Embracing patient partnership” and the cover art was a dramatic photo of tango dancers.

I’m not saying this is easy! In college in the 1960s, we were all shifting from “boy leads, girl follows” to a more egalitarian approach—“shared decision-making” on the dance floor. I stepped on more than a few toes, but that’s predictable in times of changing roles; people are awkward at first. It can be funny, too. In 1974 I was a typesetter, working on a ladies’ social club booklet. One woman, with raised feminist consciousness, asked to have her name changed from “Mrs. James Smith” to “Ms. James Smith.”

As we change expectations, we should expect some awkwardness, give each other slack, and work together toward the shared vision of a new future. That’s what’s at stake—the possibility of a new future.